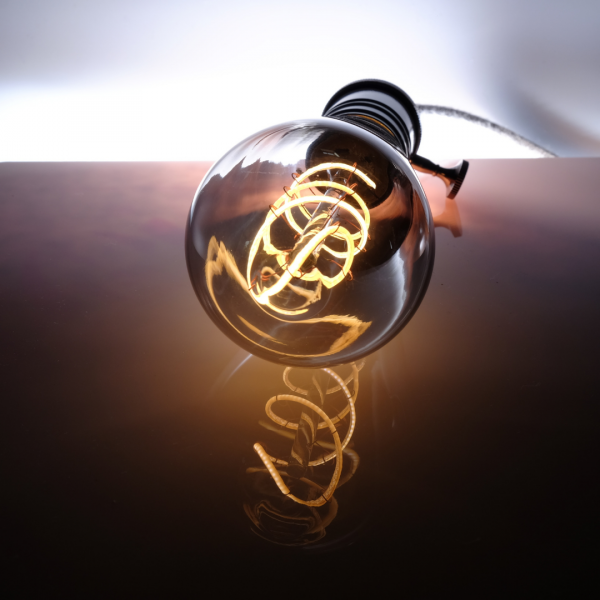 The vast majority of light bulbs now sold are LED but there remains many light fittings in UK households that use old fashioned light bulbs. New figures from AMA Research’s latest Lighting Market Report show that the take-up of LEDs in home lighting is increasing but that only 14% of lights in UK households are LEDs.

Typically, the important parts of a light bulb, such as the filament, weaken over time, which causes the bulb to burn out. But LEDs don’t burn out the same way that other bulbs do; instead, the amount of light they produce decreases gradually in what is called “lumen depreciation”. The lifetime of an LED bulb is based on how long it takes for the lumen output of the bulb to decrease to 30%, so it will likely last longer than the average rated lifetime hour listed on the box if you don’t mind or don’t notice the decreased illumination.

Certain cheaper LED bulbs will only last about 5,000 hours, which is still 4,000 – 3,000 hours longer than the average lifespan of an incandescent, but many branded bulbs are rated for over 25,000 hours.

3. Can I use LED bulbs in my existing light fittings?

When it comes to LED light bulbs, they will turn on and work in any light fixture that provides them at least the minimum wattage they’re specified for. Because of the efficiency of LED bulbs, this figure is often very low. Some LED bulbs may even be tolerant of too little or too much wattage, to a certain point. This is yet another thing they share with incandescent and halogen bulbs.

The major variance factor is lumens. Supplying too much or too little voltage to any light will cause a fluctuation in the amount of light it outputs, but with LEDs, this can be especially dramatic. This is because their power needs fall far below most other types of lightbulbs out there.

To put it simply, look at the wattage and lumens together when buying an LED lightbulb. It may require only 8 watts to shine at a decent level, for example, but reaching that same lumen rating with an incandescent bulb would take far more power. One way to tell is to look at wattage equivalents when buying LED bulbs.

LEDs are capable of emitting an extremely high level of brightness. That’s why wattage is no longer a viable measurement of brightness – instead, look at a bulb’s lumen output when you’re making the switch to LEDs or other energy-efficient lighting.

Incandescent bulbs require gels or filters to create different colours and shades of light. On the other hand, LEDs offer a wide range of colours and colour temperatures without the use of gels or filters, which can burn out or fade over time. With LEDs, it is the actual diode (or its phosphorus coating) that is changed to alter the colour of the emitted light, so you can trust that it will stay the same shade until the end of its lifespan.

6. Can LEDs be more flexible in design?

LEDs have tremendous design flexibility. Because LEDs are so small they can be used in virtually any application you can think of. They can be combined in bunches for a traditional bulb, used in isolation as a small device light, or strung out in sequence in a linear fashion. Just about everything you can think of can be done with LEDs.

If you would like to discuss your lights and your light fittings with us please give us a call on 0118 967 7033 or email us admin@carter-electrical.co.uk